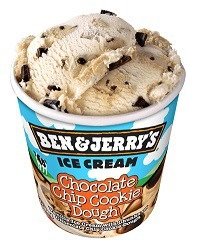 One word to describe it – Heavenly

I’ve hyped up Flexible Dieting quite a bit. But I’m sure a lot of people are still very skeptical. And I think that’s a good thing. We all need a little bit more skepticism in our daily lives to avoid being taken advantage of. But I’m not trying to take advantage of anyone, I’m hoping to do the opposite. To make lives easier. More enjoyable.

So here are a few examples of the delicious foods I’ve eaten this month, even though I’m still burning off some excess fat for the summer season:

Obviously these have been spread out over a couple of weeks, so it’s not binging on “junk”, or anything like that. But it has meant that I’ve had something very tasty every single day to satisfy either my sweet tooth or salty food desires.

And I’m still slowly getting leaner day after day.

I think it’s just awesome. And I really do hope that more people also pull away from the notion that you need to suffer, starve, during a diet. Misery should never be used to describe a diet.