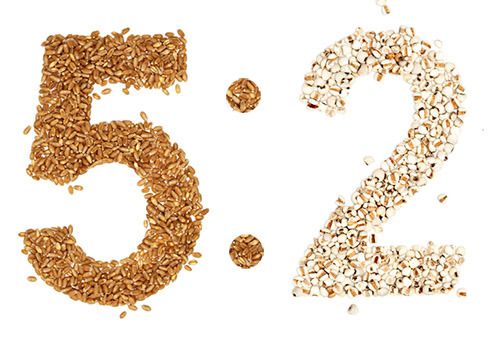 Different forms of Intermittent fasting have been studied for years and many interesting conclusions have been drawn from the research. Here I’ll do a review of a study called:

The effects of intermittent or continuous energy restriction on weight loss and metabolic disease risk markers: a randomised trial in young overweight women.

Basically a study to see which dieting approach is better for adherence and various health markers – a 5:2 form of Intermittent Fasting or the usual „cut some calories every day“ dieting. Let’ see if we can get some answer to the question – does the 5 2 diet work?

107 obese, premenopausal women were tested over the period of 6 months. The total caloric restriction of 25% was achieved either through cutting a small amount calories every day or a lot of calories 2 days out of the week.

What did they find?

So, simply put – both types of dieting resulted in similar weight loss and health marker improvements. Insulin resistance and fasting insulin level improvements were however slightly better in the Intermittent Fasting group.

When it came to diet adherence and side-effects, this particular form of Intermittent Fasting was more difficult to follow both in the short and long term. Study participants complained more about the side effects and were less likely to continue to diet after the study ended.

So, what can we conclude from this?

While the study was far from perfect (food was not provided, no specific activity level controls and such) it does give some interesting insights.

The study does reinforce the idea that Intermittent Fasting is a completely viable method of dieting and can furthermore have additional health benefits compared to regular dieting.

However, because the approach is considerably different from the societal norms, it is difficult to adhere to because of lifestyle patterns. People had trouble adjusting to their schedules and also reported more hunger and side-effects.

Personally I think that the results make sense. Daily caloric restriction is more „normal“ than IF because you do the same thing every day. Just cut out some calories. You still basically eat at the same times and the same stuff, just less of it. However, with IF, you eat like normal 5 days out of the week and basically be ripped out of your daily rhythm twice a week. As a „forced“ diet, this isn’t the ideal approach.

So, my opinion and recommendations are simple. Does the 5 2 diet work? Well, sure. 5:2 IF protocols are a great alternative to try out, but it is more likely to be more helpful to those who can easily adjust their life style to compliment this dieting approach. But those who prefer routine above all else and have heavy social pressure from friends, family and co-workers – may have a very hard time with adherence.

The other day, someone sent me a question regarding cheat day weight gain (a day with no dietary restrictions whatsoever - meant for mental and physical recovery from dieting stress). And I figure I might as well share my answer here on the blog as well. So the...
Read More

EMS training – what is it? And is it any good?

Have you ever noticed those commercials on TV that are selling fitness equipment that is supposed to stimulate the muscles with electrical impulses? Just put the apparatus on, switch the system on and your muscles will begin their workout. Sounds interesting, right?...
Read More

I recently received an e-mail where an individual asked for advice on how to best go about working out during Ramadan. In this article I'll do my best to answer that question.   For those of you who aren't aware, Ramadan is a special month in the Islamic calendar...
Read More

Building muscle at home without equipment

A lot of people these days are starting to take matters into their own hands. They are looking for freedom from the obligations that are weighing them down, both financially and personally. For example, more and more people are looking to get into better physical...
Read More